Pumping from multiple tanks is not as easy as it might seem. This is of major importance in designing foam proportioning systems.

Reality is completely different. Pumping from more than two tanks is actually very complicated and is probably be impossible for foam systems. If return piping is needed from foam pumps then the challenges are even bigger. 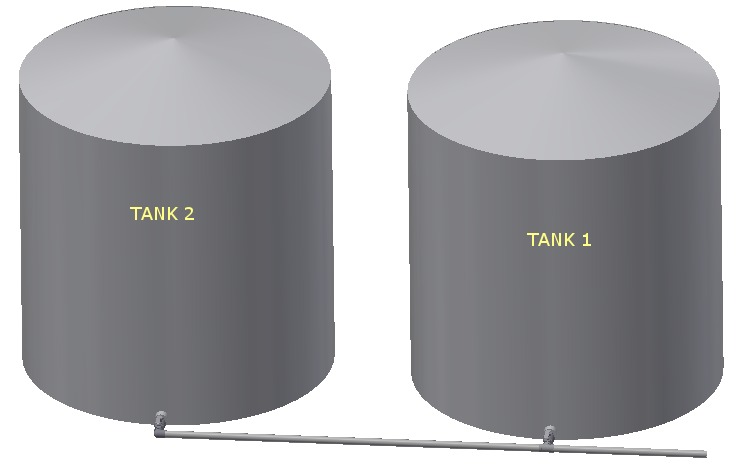 Essentially, the suction piping from each tank to the pump must be identical hydraulically if the tanks are to empty at the same time. If they don’t empty at the same time not all the foam concentrate can be used to fight fires – we won’t meet the minimum discharge time requirements. This is not too hard to achieve with two tanks, See Figure 2. It is conceptually not too difficult to have balanced piping with any number of tanks that are a power of 2 (2, 4, 8, 16 etc.), but any other options are probably impossible to engineer for foam concentrates.

Unless piping is hydraulically balanced, one tank will empty before the others.  The difference in height of foam concentrate in each tank is simply the difference in the friction losses for the different flow paths. However, calculating this is actually quite complicated, even for two tanks containing water. For high viscosity (non-Newtonian) foam concentrates it is probably impossible as the flow behaviour of these products are not completely understood. 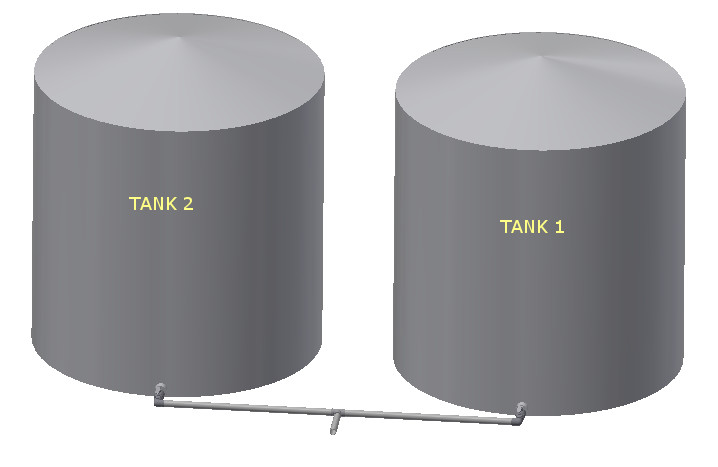 One of the things that prompted us to look at this issue is the rare (hopefully) recommendation by a few people in our industry that customers use multiple IBC’s as foam tanks. Doing this is not likely to end well for the customer.
For foam proportioning systems that use foam pumps this situation is even more complicated. There must be a return line to the tanks for excess foam concentrate. It is essential that the foam concentrate be returned to the tank it was pumped from to avoid overflow. This might seem to be a simple problem but it is more difficult to design than the suction piping.

You might think that pumping out of two tanks (with non-symmetric piping) and pumping into the tanks would be mirror images. The video here quite clearly demonstrates that this is a bad assumption as well as demonstrating the differences between symmetric & asymmetric piping. The outcomes shown are qualitatively the same for water and foam concentrates. The problem is much more pronounced for higher viscosity concentrates.

In one case where a pump system used multiple IBCs for the foam tanks a large amount of foam concentrate was spilled as soon as the pumps were turned on. 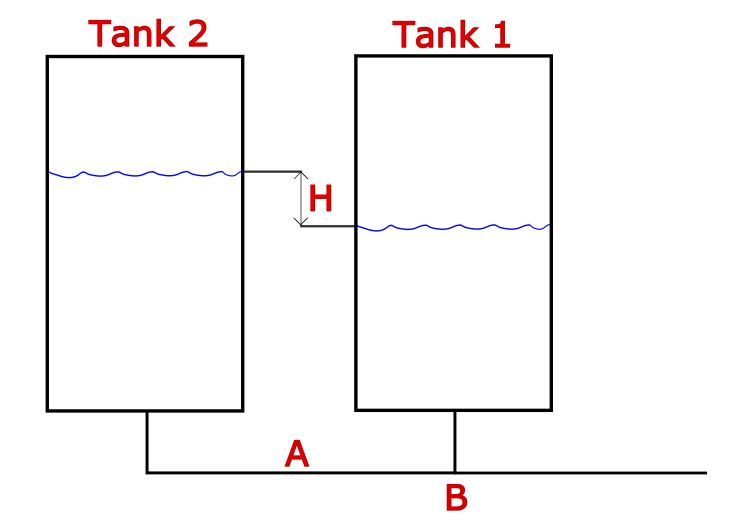 Figure 3. Head difference in the tanks.
The amount of liquid that remains in the tank is easy to understand conceptually. In Figure 3, the pressure at B provided by each tank must be the same, so the head difference H must equal the friction loss in pipe A. Determining the flow in pipe A so that we can calculate this friction loss is difficult and for non-Newtonian foam concentrates probably impossible at this time. If the manifold is like Figure 1, as you add tanks the liquid level in each tank (when Tank 1 is empty) becomes progressively higher (more unavailable liquid). For a 2 tank system with high viscosity foam concentrate there can be 10-20% of foam concentrate unavailable due to unbalanced piping and this will be worse as more tanks are added.

If you are pumping out of two foam tanks, and pumping into them, the only way to guarantee that the system will work is to use symmetric piping for the suction (and return if used) piping.

It is our view that the relevant design standards for foam systems (NFPA 11, AS 1940 etc.) should not allow multiple foam tanks to be used unless there is no alternative – and two tank systems should be allowed only if symmetric piping is used. More than two tanks should never be used for foam concentrate storage.